Earlier in the week, Taylor Swift pulled her catalog from Spotify, stating that she doesn’t feel that the streaming service compensates artists fairly. Naturally, this caused an instant backlash, because it is totally reasonable to expect artists to offer their work everywhere on the Internet for free. Forget the fact that you can still listen to her music for free on YouTube and all sorts of places. She pulled her music from one of the biggest services on the Internet, and a lot of people are not ok with that for some reason.

I’m not going to tackle the issue of streaming rates and artist compensation at the moment, because that’s a whole other rant and as something I care about very deeply, I want to give it the full focus it deserves. There’s another issue that grabs my attention here, which is that a lot of people feel wholly entitled to Taylor Swift’s music. The logic seems to be that, as her fans, Taylor owes them access to her music on Spotify. After all, it’s the fans that got her to where she is, right? Wrong.

Taylor Swift and other musicians, artists, actors, and writers do not owe you anything. They create entertainment and whether or not you buy it is totally up to you. Yes, Taylor Swift got to where she is because people like and buy her music, but she owes her success as much to her ability to put out music that people enjoy and to a lot of killer marketing as she does the fans. If she wasn’t making catchy songs and getting them out there in the first place, there would be nothing to buy. It’s no different than any other product. Apple is successful because it has a lot of customers, but few people say that Apple “owes” them a cheaper iPad because they like the iPad. They buy the iPad because it has features they like and credit Apple’s success to its ability to keep turning out those features. If iPad stopped doing business with a particular retailer, I doubt many people would be screaming that Apple owes it to them to sell its products there. But somehow with music and other creative work, people feel a lot more entitlement.

Maybe it’s because artistic work feels more personal. A really good song can seem like it is speaking to you, and you can spend hours of your life getting lost in a novel. But just because artistic work has the power to rouse your emotions does not mean that you are entitled to it. Commercial artistic work is a product and it is not different from other commercial products. If you like it, want it, and can afford it, you buy it; if you don’t, you don’t. It’s pretty simple when it comes down to it. No one “owes” you that enjoyment. 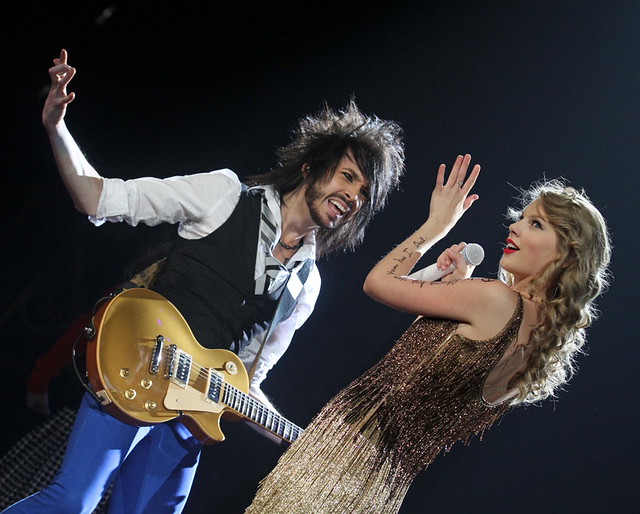