This post is a bit of a backlog. I meant to post it earlier, but the new year work, and the flu got in my way. I had to post it though, because it was a great day that I wanted to share!

Between Christmas and New Years, I was invited to go on a day trip to the Brocken Mountain, which is in the Harz mountain range. I’d never been to the area before, so I jumped at the chance to go. I also admit that a break from Berlin was welcome.

(Watching the beautiful sunrise from the train)

I packed a lunch the night before, as we were leaving early. I woke up at 4 am, because we were meeting at Ostabahnhof at 5:30 am. It was super early, but not any harder than catching an early flight. I learned that there is a direct HEX (Harz Express) train to Wernigerode, but it doesn’t leave often. Therefore, we took the longer, but more time-friendly option of taking 3 trains to get there. The first train stops in Magdeburg, the second in Blankenburg (Harz), and the last in Wernigerode. The train trip there was lovely. As you can see in the photo above, I got to watch the sunrise for the first time in a long while. It was nice to see the pink sky and sun rising over the fields. There’s something almost sleepy in the landscape around Saxon-Anhalt. Some of this is economic troubles; there doesn’t seem to be much happening in a lot of the towns. Part of it, however, is also the lovely countryside.

(Shot into the forest at the bottom of the mountain)

From Wernigerode, we took a bus to Schierke. You can take a train, but it’s not part of Deutsche Bahn and isn’t affiliated with it, so it wasn’t included on our weekend ticket (an option offered by Deutsche Bahn that lets up to 5 people ride the train anywhere in Germany for the whole weekend). It’s also quite a bit more expensive than the bus, which only cost a few Euros. From Schierke, we started our hike up to the top. There’s also a cute steam engine that goes up there, but we wanted the challenge of walking.

(The steam engine that runs to the top)

It was fairly damp in town, and the lower part of the mountain was rather slushy. I was glad that I wore proper hiking boots! The weather was quite chilly, and as we walked higher up, it got colder. The annual average temperature of the summit is 2 degrees Celsius, to give you an idea. It was beautiful landscape though. It’s one of the few older forests left in Germany.

In the past, the Germans thought The Broken was home to ghosts and witches, and it’s easy to see why. The forest has a haunting quality to it, and it’s quite windy. Sometimes the wind actually howls through the passes, so it sounds like spooky ghosts. It’s a place that’s inspired a lot of fairy tales and legends. I had the feeling that, at any moment, we would stumble upon the witch’s Gingerbread house from Hansel and Gretel, or Little Red Riding Hood’s wolf. Goethe was also inspired by the Brocken; he made a trip there in 1777.

(Tower at the summit)

The Brocken is also rich in recent history. The mountain lies in the East-West border zone, and was heavy in spy activity during the cold war. 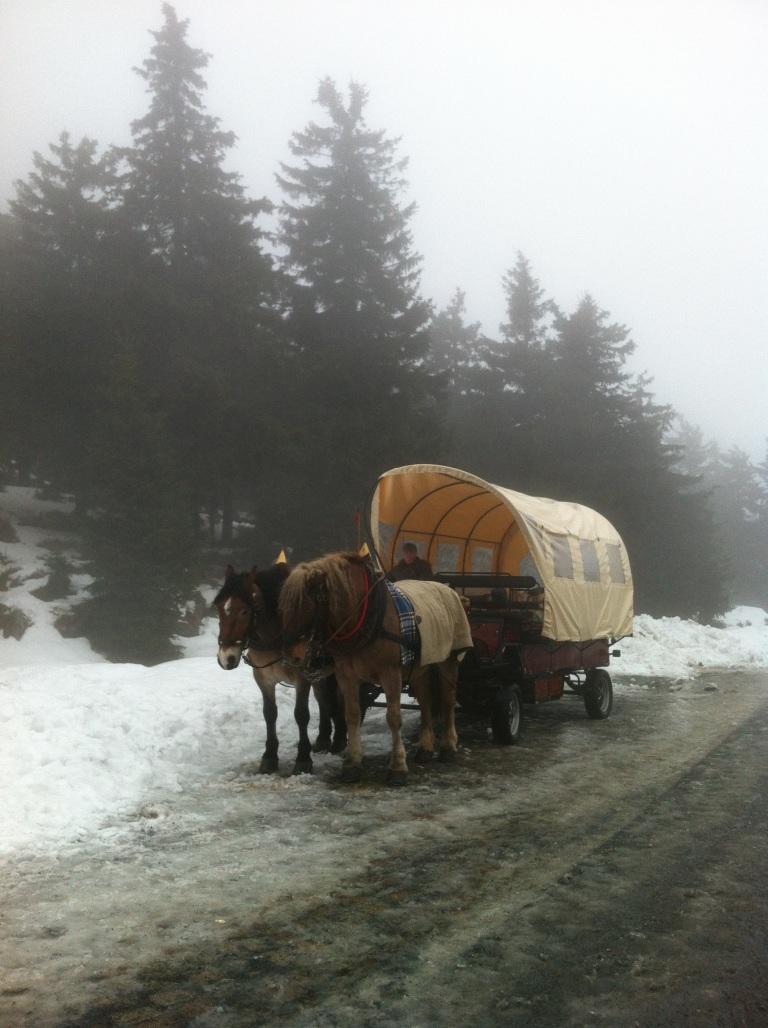 Today, it’s a nature reserve and a popular tourist destination. There are many paths of varying difficulty around the area. There’s a lodge at the top where you can eat some food, and we had lunch there. I swear it’s similar to the ski lodge at Mt. Washington; there must be some kind of universal “outdoor lodge” floor plan.

Overall, it was an enjoyable day. I’d highly recommend it as a day trip for anyone wanting to escape Berlin for a day or two. 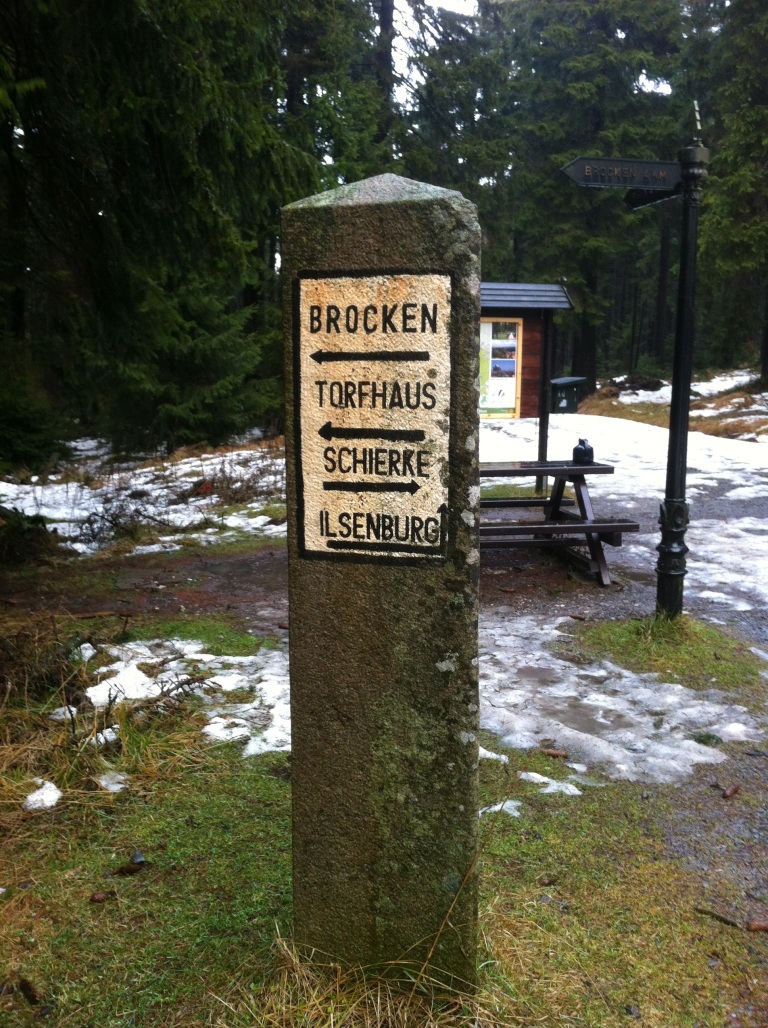 If you’d like to read more about the Brocken, here is the Wikipedia entry on the mountain.